The findings and conclusions in this document are those of the author(s), who are responsible for its content, and do not necessarily represent the views of AHRQ. No statement in this report should be construed as an official position of AHRQ or of the U.S. Department of Health and Human Services. (Persons using assistive technology may not be able to fully access information in this report. For assistance, please contact Corey Mackison) 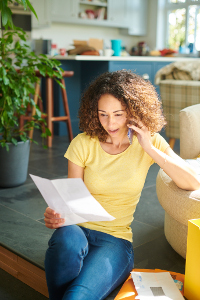 Tobacco use and its related morbidity and mortality are burdens to the U.S. health system.

Tobacco use in the United States continues to be a significant healthcare concern. In addition to causing approximately 480,000 deaths annually and resulting in nearly $300 billion in healthcare spending each year, tobacco use is also a known risk factor for hospital admissions and readmissions. The benefits of in-hospital smoking cessation programs have been documented; however, these programs can be expensive to implement. Dr. Kathleen Cartmell and her research team at the Medical University of South Carolina (MUSC) wanted to examine the cost-effectiveness of these programs and their impact on hospital readmission rates.

Using technology to follow up with in-hospital tobacco treatment services.

“If we can show providing a tobacco cessation program is truly a driver of healthcare utilization and costs, that becomes a tremendous incentive for hospital systems to provide these kind of programs.”
- Dr. Kathleen Cartmell

Dr. Cartmell examined differences in readmission rates and healthcare costs between TDTS users and those who did not receive the service. Those using the TDTS service were 23 percent less likely to be readmitted to the hospital 30 days after discharge. Their healthcare charges were also, on average, $7,299 lower than smokers who did not receive TDTS. These findings suggest that an automated, opt-out inpatient TDTS service could decrease readmissions and healthcare costs for patients, increase efficiency in patient care for the hospital, and decrease claims for insurers. Dr. Cartmell wants to see additional studies to validate the findings, whose results may encourage healthcare systems to invest in TDTS programs.

Tobacco use causes approximately 480,000 deaths each year in the U.S. and takes an annual economic toll of nearly $300 billion. Smoking cessation can slow the decline in lung function, improve prognosis in patients with coronary obstructive pulmonary disease, and reduce the risk of cancer and stroke. To increase long-term cessation rates, the Joint Commission (JC) recommends that all hospitalized smokers receive tobacco cessation services as an inpatient and followup within 1 month post-discharge. Few hospitals implement the standard, in part because the services impose extra costs and the financial benefits to hospitals and insurers are unclear. However, health information technology can provide an inexpensive way to meet the JC standards.

The specific aims of the project were as follows:

The study included acute care patients identified as smokers admitted and discharged from the Medical University of South Carolina hospital between November 1, 2014, and June 31, 2015. A bedside tobacco cessation specialist visited patients during their hospitalization to assess their nicotine dependence and developed a treatment plan. IVR followup was conducted 3, 14, 30, 90 and 180 days after hospital discharge.

At 30 days post-discharge, smokers exposed to the TDTS were significantly less likely to be readmitted to the hospital compared to smokers who did not receive the intervention. At 90 and 180 days, odds of readmission remained lower in the TDTS group, but were not statistically significant. The average savings per smoker exposed to the TDTS was $7,299. The TDTS cost per smoker was modest by comparison at $34.21 per smoker. If extrapolated out (to the healthcare system, the U.S.), full implementation could save between $3.6 and $4.8 million, accounting for the cost of program delivery and cost savings per patient.